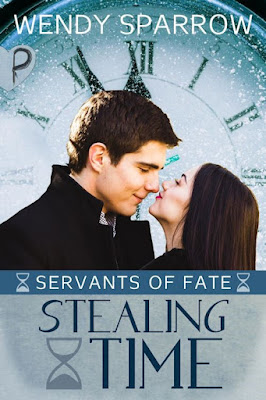 BLURB
Father Time’s son, Zeit Geist, must sacrifice a mortal’s lifetime to the Fates each New Year’s Eve. Last year—inexplicably, really—he made an 11:59 substitution. The Fates are pissed and they’re after his mortal Hannah. With the year ending, he ought to figure out why he’d saved her—and why he keeps doing it.

Following an unlucky year, Hannah Lyons needs a week’s holiday in a lodge to unwind. What she gets is near-death experiences and a sexy immortal who can’t avoid kissing her, but might have to kill her. After all, even Zeit can’t hold back time indefinitely.
Buy Links:
Amazon      B & N      Apple     Goodreads

“What are you doing to me?”
“What do you think I’m doing?”
She glared at him. Saying it out loud would sound utterly stupid. “I keep having these lapses of time. One minute, I’m in one place and, the next, I’m in another. And four times now, I’ve seen you walking away from me when it’s happened.”
“So, you’re accusing me of doing something to your memory? Or of stalking you?” He took another sip of his drink as if he was only mildly interested in her response.
She opened her mouth to say something before snapping it closed. What was she accusing him of? It all sounded silly and impossible, and he’d be around this whole week. Every time they saw each other, she’d feel humiliated that she’d actually thought…
Oh, who cared? She was going to get brain cancer from all this testing if she couldn’t get to the bottom of things.
“You’re doing something to time. I don’t know what you’re doing, but I don’t think your name is just an odd little coincidence.”
For a blink, she saw something in his eyes and a quick half-smile. “It’s a family name.”
“So, your entire family manipulates time?”
Copyright © 2016 by Wendy Sparrow

MY INTERVIEW WITH WENDY SPARROW
How would you describe your style of writing to someone that has never read your work?
I think most people would say my writing has a quirky sense of humor generally and that I write sexy sweet stories.

What mindset or routine do you feel the need to set when preparing to write (in general whether you are working on a project or just free writing)?
I need silence to write most of the time, but I’m an insomniac so typically I can write at night just fine. If my kids are home, I put on brown noise (like white noise, only more organic sounding) and use ear buds. I tend to become obsessive during draft phases though, so I write without taking breaks and fast draft my rough draft in under two weeks.

Do you take your character prep to heart? Do you nurture the growth of each character all the way through to the page? Do you people watch to help with development? Or do you build upon your character during story creation?
I’m always people-watching and my clinical OCD has always seemed to make me more aware of the emotions and motivations of others. I also love sociology and psychology nonfiction and I’ve studied everything from personality types to body language. My characters become very real to me by the end of a story. While I still am a “pantser,” my characters and their relationships drive the plots.

Have you found yourself bonding with any particular character? If so which one(s)?
I think all my characters have some of me in them—even the villains. It’s partly why I feel slightly exposed whenever I publish something new. The character that I associate the most with myself might be from an as-yet unpublished young adult paranormal where the main character has OCD and is a cutter. Of my published works…that’s much harder. I have allergies like Vanessa in Past My Defenses, but I have many of the mental issues of LeAnn in Crazy Over You. In the Servants of Fate series, I think Tempus in the second book is my current favorite, but that changes frequently.

Do you have a character that you have been working on that you can’t wait to put to paper?
My young adult series with an OCD cutter has been a career goal to write, revise, and submit and that’s because her issues are secondary to the plot. I would love to see mental illness be a part of present diversity in books without every book needing it driving the plot. It would be really great to see it presented as a facet of a protagonist and not just as something motivating the villain.

Have you ever felt that there was something inside of you that you couldn't control? If so what? If no what spurs you to reach for the unexperienced? 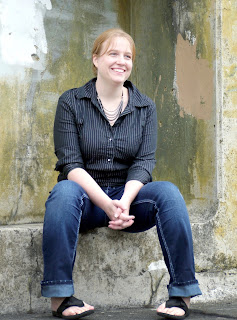 There is something inside me I can’t control…though I try because OCD is all about control. I have a thirst for knowledge though that borders on obsession. I like to explore the “what ifs” of the world and writing is an awesome way to share that with others.

Author Info
At home in the Pacific Northwest, Wendy Sparrow writes for both an adult and young adult audience in many genres but always with a happily ever after. She has two wonderfully quirky kids, a supportive husband, and a perpetually messy house because she hates cleaning. She’s an advocate both online and in her community for autistic children in addition to actively trying to raise awareness about obsessive-compulsive disorder. Most days she spends on Twitter procrastinating doing the dishes.
Author Links:
Website:  Blog:  Twitter:  Facebook:
Goodreads:  Amazon:
Newsletter: 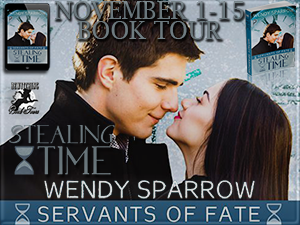 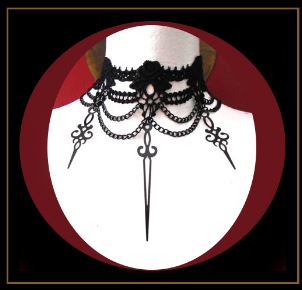 A handmade original "limited edition" choker from Neath the Veil. The delicate rose-patterned Venetian lace garland ribbon is contrasted with three black clock hands. Tiers of black chain drip between. This choker is very lightweight and comfortable and adjusts from 11-1/2 to 16 inches. This giveaway is international.
Hosted by 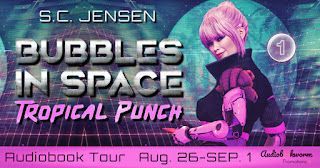 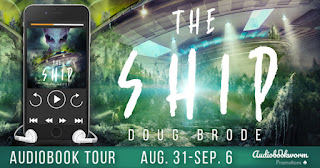 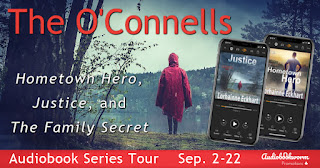 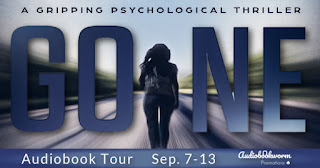 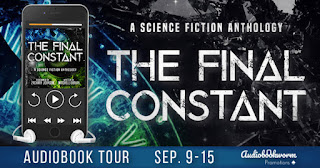 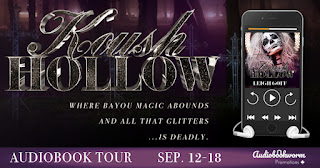 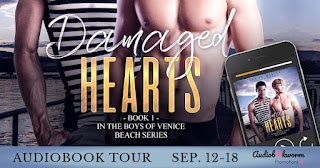 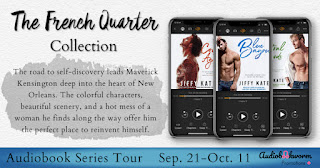 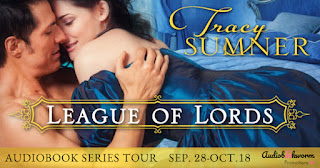